Not everything we believe is true.

It was 2021. The Corona Virus was ravaging the land. The British, confined to their homes by a heartless government, were barred from going to their favourite pubs and restaurants and even McDonalds was out of bounds on pain of fines, arrest, imprisonment. Never having been taught how to cook, they faced slow starvation.

There then arose a new hero to their rescue; the food delivery driver.

Before you could say "Hot Dog" the roads were full of delivery workers on their errands of mercy using cars, vans, even motorcycles and scooters, to deliver urgently needed curries, pizzas, burgers, and all kinds of food to the hungry masses. Civilisation itself, almost on the brink of destruction, was saved. 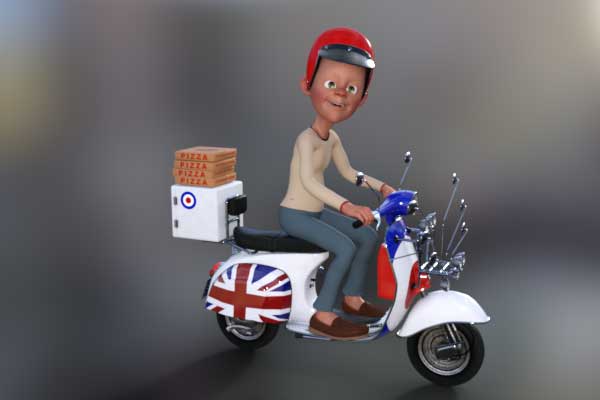 It was then that the Evil Boris Tombstone issued his fateful utterance:

"Here! Oh Crikey! All these people saving the nation! Is there any way we can tax them out of existence?"

And that is how fast food delivery insurance came into being. All over Britain the police who, thanks to the pandemic, had nothing to do, arrested delivery drivers in their thousands and forced the rest to try and find this new kind of insurance that nobody had ever heard of.

Luckily, the insurance industry, which has always been kind and benevolent to all of humanity, stepped up to the plate and delivered a reasonably priced policy in record time, thus saving the jobs of thousands of delivery drivers, the profits of their shareholders, and the rest of Britain from the dreadful fate of having to cook their own food.